From the video games industry perspective, the coronavirus lockdown does not seem to impact the operation of US courts. In last weeks, we got a few important decisions. One of them, described here on LegalPlay in the previous post, concerned the use of Humvees in Call of Duty games (and, more broadly, the use of trademarks in video games). Today, we would like to focus on the other one. It concerns the second best selling video game title in the US – NBA 2K series – and another American icon – LeBron James.

Tattoos could be considered a source of potential legal issues. As a work, they are usually protected by copyright. In general, the copyrights to the tattoo belong to the tattoo artist. As a result, the artist has a right (for example) to decide how the tattoo is disseminated or whether the person on which the tattoo is inked can remove or modify it. As the tattoos are placed on human body, it could lead to a conflict between copyright, publicity rights and a right to make decisions regarding one’s own body. The problem is not new – in the United States, there were cases involving the famous Mike Tyson’s face tattoo presented in The Hangover Part II or Carlos Condit’s tattoo presented in UFC Undisputed 3 video game. However, all past cases were settled – no final decision was made by the court. This time, the court had a chance to speak, and its decision would certainly make the gaming industry happy.

NBA 2K is the best-selling video game series which aspires to simulate the feeling of a professional NBA basketball game. 2K Games (and Take-Two, its owner), the publisher of the video games series, was sued by the company called Solid Oak Sketches. Solid Oak Sketches has acquired from their authors exclusive licenses to copyrights of five tattoos of three different basketball players – LeBron James, Eric Bledsoe and Kenyon Martin. Solid Oak claimed that 2K has infringed upon its copyrights when it included these five tattoos in their games without a license from Solid Oak.

In its defense, 2K has claimed that it was actually legal for 2K to include players’ tattoos in their games and it had three different legal bases to do so. Firstly, it argued that the use of the tattoos was de minimis and therefore not infringing. Secondly, it claimed that it had acquired implied licenses from the players to present their tattoos in the games. Finally, it held that 2K’s use of the tattoos was fair use under US copyright law.

Judge Swain has agreed with the publisher on all three arguments and included a great explanation of every one of them. To understand the decision, it is best to analyse these findings separately.

For a US court to find a copyright infringement, two matters must be demonstrated: that the defendant actually copied the plaintiff’s work and that the copying is illegal because there is a substantial similarity between the defendant’s work and the protectible elements of the plaintiff’s work. The first part is indisputable here – the tattoos were in fact copied in NBA 2K video games. However, the second part is more problematic for Solid Oak. To be substantially similar, the copying must be more than de minimis.

Application of all these rules led the court to hold that the use of tattoos was de minimis. No reasonable lay person would say that the tattoos in games were substantially similar to those licensed to Solid Oak. The tattoos appear only on three players out of over 400 available in the games. The tattoos in games are very small – they are 4.4% to 10.96% of their real-life size. When they appear, their display is small and indistinct, because they appear in the environment of a dynamic basketball game. All these factors considered, the use of tattoos was de minimis.

Because all these actions were taken before Solid Oak was granted the copyrights to tattoos, the court concluded that 2K Games were granted an implied license to use tattoos in the games.

Judge Swain held that the use of tattoos in the game was transformative – they were used for a purpose of recognizability of players in the game, which is a different purpose than that for which they were originally created. Once again, it has been pointed out that in-game tattoos are much smaller and harder to recognise as they appear only as glimpses on the screen. 2K has even provided the data that five disputed tattoos “comprise only 0.000286% to 0.000431% of the total game data”. Even if the use of the tattoos in the game was commercial, consumers do not buy the game because it includes players’ tattoos.

As to the nature of the copyrighted work, the court held that tattoo designs are in fact more factual that expressive, because each of them is based on some other factual work or includes motifs frequently used in tattoos, like flames. Such consideration makes it more likely for the fair use to be found. The court also held that in this case, the copying of entire works was necessary for the purpose of fair use – to make the game more realistic, so this factor does not weigh against the developers. Lastly, the court held that the transformative use of the tattoos in video games does not harm the market for “real” tattoos. There is also no market for licensing tattoos for the use in video games because no developers enters into this kind of agreements. All four factors weigh in 2K Games favor, therefore the court concluded that there was fair use in the disputed case.

2K Games scored a big win in this legal match. The judge has decisively held that the developers have legal right to show copyrighted tattoos if they acquired the license to feature players’ likenesses. This decision would certainly discourage other entities like Solid Oak Sketches, which planned to make money out of licensing tattoos for use in games or other media. The freedom of artistic expression has once again been protected. It is also a good sign that the video games industry is determined to fight for their rights in courts, therefore enriching the case law and helping other developers in similar situations. Unfortunately, district court decisions do not create binding precedents, so it is still safer for a tattooed person to get a written release from the tattooist than worry later.

In Poland, the copyright protection awarded to tattoos is similar. The dispute regarding Mike Tyson’s face tattoo, mentioned in the introduction, could have appeared in Poland as well, because famous Polish energy drink manufacturer has put the boxer’s likeness on drinks’ cans. The author of the tattoos could potentially impact the use of the tattoo. The person on which the tattoo is inked should keep in mind that in Poland, the tattoo artist also has moral copyrights, which give him even more ways to influence the use of a tattoo. On the other hand, one could argue (as it was argued in the case) that the tattoo artist is usually aware that the tattoo may be shown on person’s body in different situations and therefore gives the person an implied license to use it as part of its’ likeness.

This court decision is not final as it could still be appealed by Solid Oak Sketches, however according to Solid Oak’s attorney, it seems unlikely.

The decision can be read in full here. 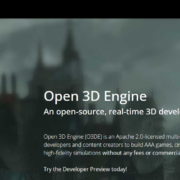 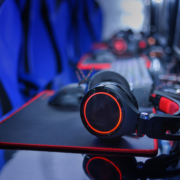 Esports in Poland: what Polish law has to say on competitive gaming 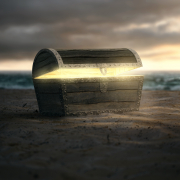 Loot boxes in video games: the Polish approach in the European context 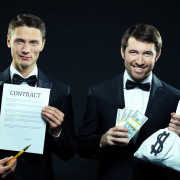 Coming to Steam: second-hand game sales? A few words on the Valve ruling in France 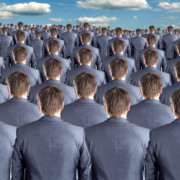